The Project I Had Nothing In Mind For

Sometime in December 2010 I decided to make a bunch of circle motifs. I actually had no idea what I'd do with them. I was just curious how they would all look like connected to each other. 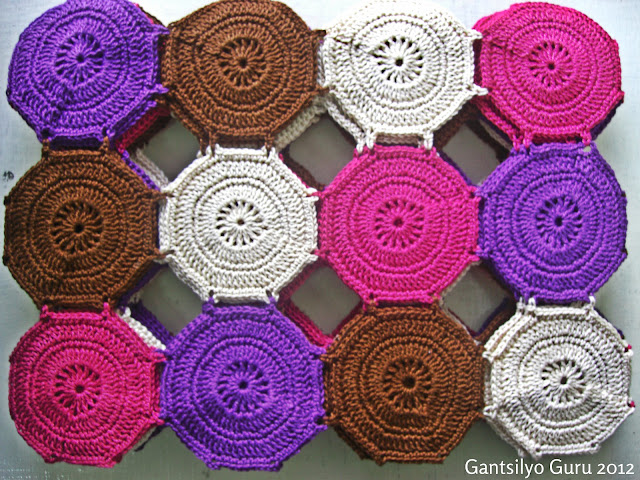 I felt very bohemian with the colors I used. See how thick the stack above looks like? Yeah, I made a lot :p 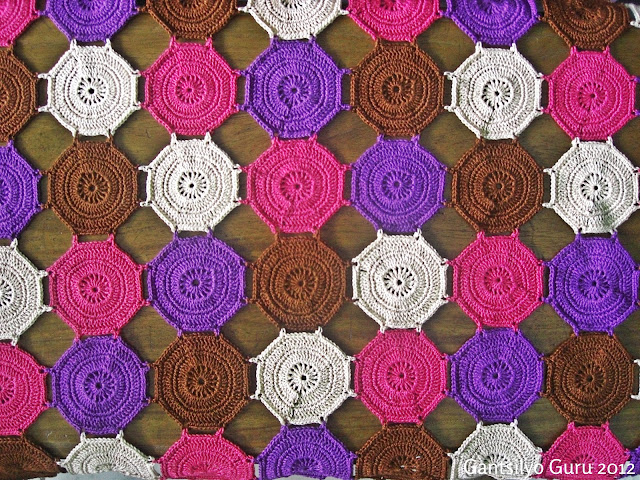 Ok, I just want to make clear (if you're a seasoned crocheter) that I have not washed or blocked these motifs...thus the "unflatness" (if there is such a word). I can take up this topic later on, because washing and blocking make all the difference! They make projects like spreads and doilies look flat and they secure the shape.

I ended up making 120-140 pieces. When I got to connect all of them, I ended up with some spread around 5 feet long and 2 feet wide. I think it will have its purpose later on.

Click on the link below to see my "attempts" on making this project useful.


I made attempts though. Here it is on a wooden chest. Not bad. 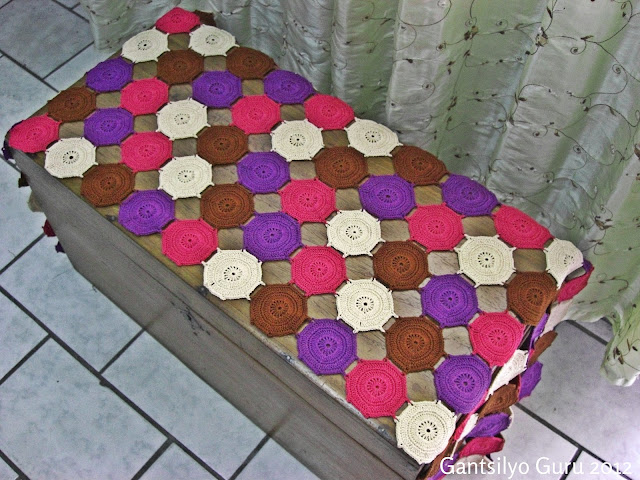 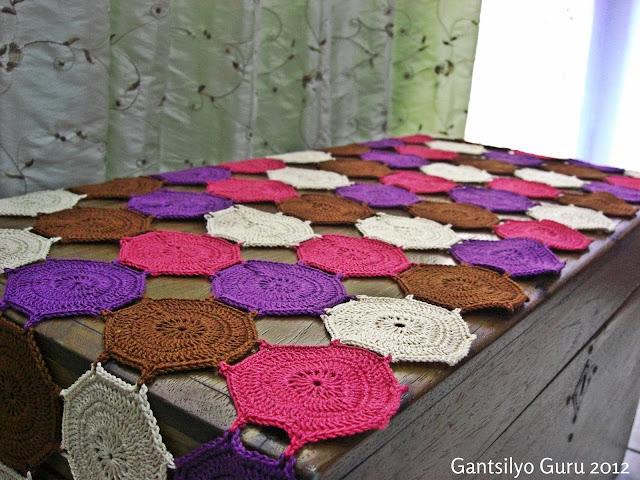 Here it is on a table. I had to fold it though, resulting to a very thick cover. 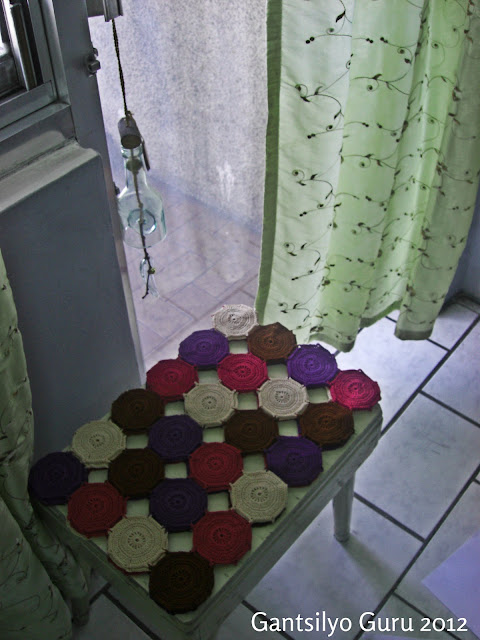 I'm thinking of making this a bed "topper." I just sold my old bed and I'm planning to get a new one. I hope it can make my new bed very shi shi.

Pattern for the motif was taken from this very vintage (and worn out) book. I'll be talking more about this book later on. 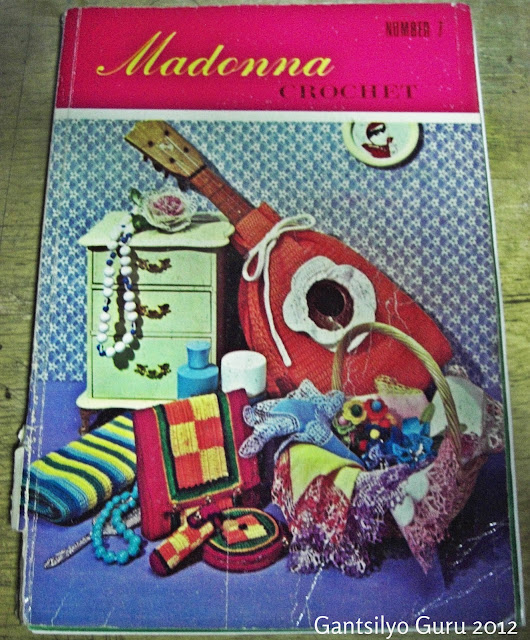