In my opinion, if a man is confident enough to hold a yarn and a hook and have the desire to create, then he is a real man!

I haven't met a man (yet) in the Philippines who crochets. I'm sure they're out there somewhere crocheting. I found this guy Chase Stoeger who has a blog aptly named, "Real Men Crochet and other things." He's a husband and father who crochets! You can also check out his Facebook Page here.
Did you know there's an interesting history between samurais and yarn? Click the link to continue! I also found an up-and-coming crocheter dude!


Speaking of men and yarn, here's an excerpt from Annie Obaachan's book, "Amigurumi Animals," which tells you something very interesting about Japanese samurais and knitting: 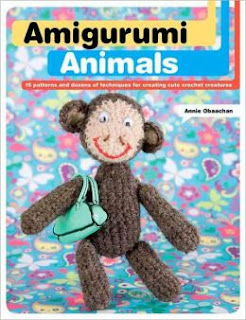 "The Samurai warriors took up knitting to make socks with toes that allowed more freedom of motion, but for a long time, they were the only ones forming knitting circles."
- From "Amigurumi Animals" by Annie Obaachan

Samurais working with yarn is pretty hardcore. They had the hands to slash necks with the samurai sword and keep your feet warm with the socks they knitted. I got curious about this and found the only site online which tells very specific information on this:


"As a result, there was a demand for knitted gloves and socks, amongst other items of military apparel. Unlikely as it may seem, some of this demand was met by the Samurai themselves, who supplemented their diminishing income as warriors by knitting Tabi, a Japanese style of sock."
- Samurai knitting at the end of the "Edo" period
[Source: http://www.knitjapan.co.uk/j_select/pages/japanknitting_pt1_p3.php] 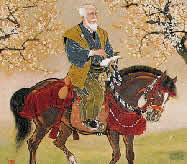 This is Mitokomon-Mitukuni Tokugawa, grandson of Ieyasu Tokugawa (the first Shogun of Japan). His knitted stockings made of silk and cotton are currently on display at the Suifumyotokukai Syokokan Musuem in Mito City. There's even a knitted Katana bag, used to cover the hilt of the Samurai sword, on display there. Check the site for more details on the samurais and knitting here.

By the way, I met a Samurai (well, he used to look like one when he had long hair and wore it with a samurai ponytail) who's learning how to crochet. [Disclaimer: He was not forced to do this :p He really wanted to learn. AND I asked for his permission to post this pic :)] 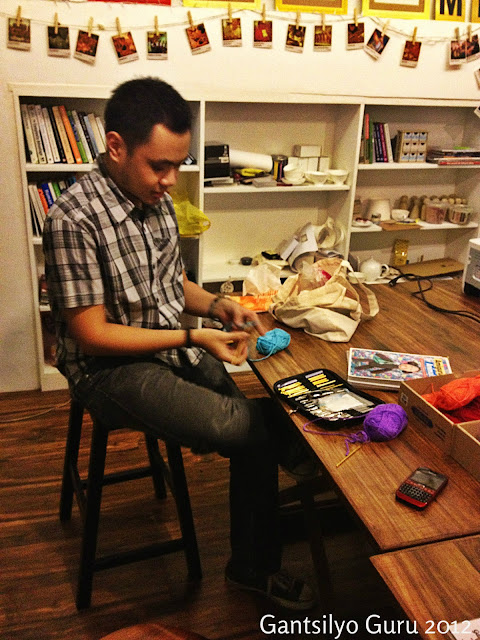 I'm not the type who allows the boyfriend to carry the girlfriend's bag. It's a pet peeve. But when the boyfriend wants to learn crochet, I welcome the opportunity :p (I'm not sure of the correlation I just made, but there may be some sense there).

I wonder if Spartan men crocheted. That would have been beyond hardcore.
Posted by Gantsilyo Guru at 03:37