This is Lola Elvira Reyes, otherwise known as Lola Viring (coincidentally, the nickname of my mom). She is 81 years old. She has been crocheting since she was 15 years old. Let me tell you why this grandma is, so far, the greatest crocheter I know. 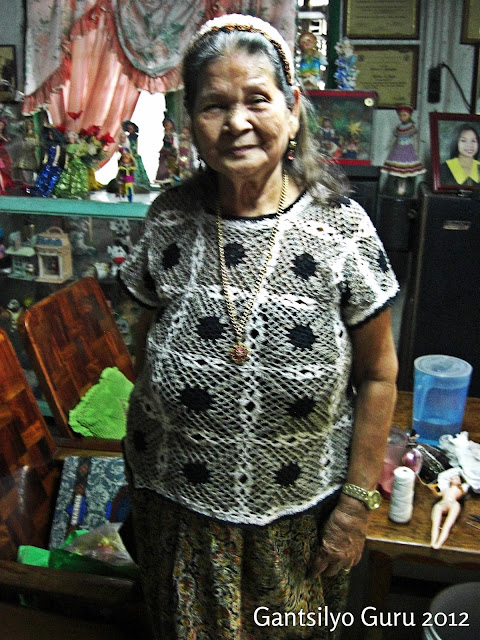 Yeah, she crocheted that blouse.

If you've seen that "Going Gantsilyo" segment shown in "Good News" on GMA News TV, then you've already seen Lola Viring. She is the grandma in the first part of the video seen crocheting (before I show up). The "unnamed" grandma caught my attention. I wanted to meet her. I wanted to see what she has done over all those years crocheting. I wanted to know her crochet story. I was pretty sure she had more to say than me or the other crocheters featured in that segment.

Here's a glimpse of the kinds of projects she did.

She is the greatest crocheter I know because of 3 things:
1. She never read a pattern in her life. She never even wrote one.
2. She started crocheting at the age of 15. Based on my calculations, that was 1946. She had no access to crochet magazines and no one taught her how to crochet.
3. When I asked her how much she has crocheted, she said that if you only count the blouses, it would be around ten truckloads. Now that's hardcore.

Dewey Finn said, "You're not hardcore unless you live hardcore." Lola Viring, in the crochet world, is hardcore. She is living and breathing crochet. When I came to her house last week, she was crocheting dresses for barbie dolls. She was wearing her crocheted blouse. The pillow supporting her back had a crocheted cover. The door leading to her kitchen had a crocheted curtain.

I cannot wait to show you everything she made, at least those that she kept. Putting it all in one blog entry though won't do justice to the greatness of this grandma.

My next blog entry will be all about her crocheted home accents. 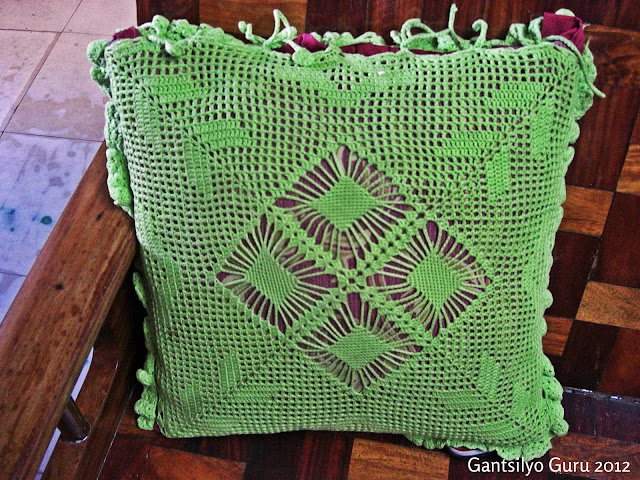 Let the grandma adventures begin!
Posted by Gantsilyo Guru at 15:39