No winter in the Philippines: Not an excuse for not crocheting a scarf

For a crocheter to get "devirginized" in the realm of crocheting wearable stuff, I highly suggest making a scarf. Even though it's practically unwearable in the Philippines (except maybe in the Benguet province or when it gets windy and cold during the "ber" months), a scarf can be your legit claim to crocheting prowess. It shows that you are patient enough to finish a big project and indie enough to make something you can wear yourself. 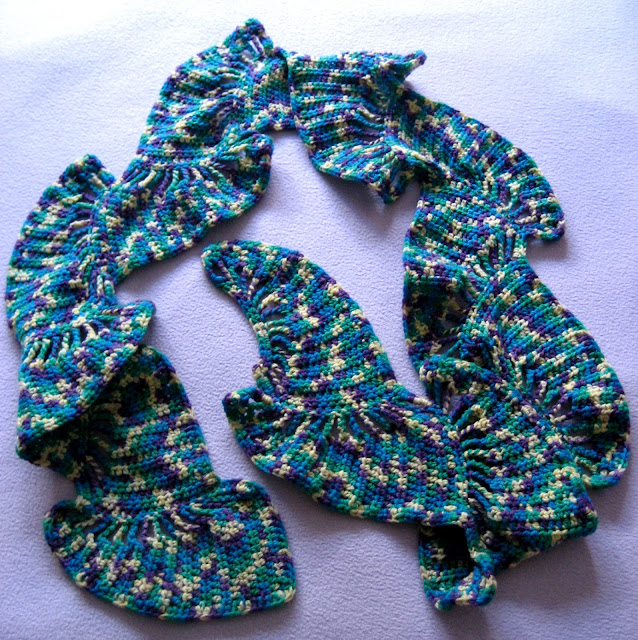 Because I want to shy away from the typical "scarfy" shape, I decided to use a "wavy" pattern. I forgot my pattern source for this (not documenting projects before is a regret). I'm not really a fan of using multicolored yarns because I think the colors are too distracting and they tend to hide the beauty of the pattern. But I had to try it anyway :p 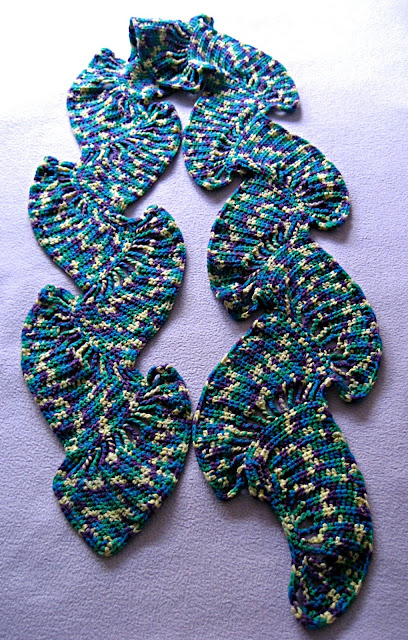 Aica said it keeps her warm when she wears it, so I guess it's officially a useful scarf :p

Thanks for the pics, Aics! I have officially made you my scarf model :p
Posted by Gantsilyo Guru at 22:45