When I was a student in Poveda and when our car was parked in Robinson's Galleria, I usually tell the one who picks me up that I will pass by National Bookstore or Craft World. I go to National Bookstore to buy school supplies or books, but I go to Craft World to stare and salivate at all the crafty tools they have. I wished I had more allowance back then to buy those crochet magazines or imported hooks. I used to always ask the store attendee what those mysterious tools do or what can be done with all those things displayed on their shelves. There was always this hunger in me to create, and Craft World always kept me excited.

Fast forward to 2012, I decided to become serious with crochet. I met people and discovered the bigger world of crafting in the country. I met Asther, a hardcore crafter, who told me about the Craft World garage sale. I checked it out and blogged about it just last October. I had no idea that because of that blog entry, people discovered the store and came in herds and bought almost 80% of their entire loot in just 3 months.

Fast forward to this week, I got a text from the storekeeper Ate Fely, telling me that Zeny Perez, the founder and owner of Craft World, wants to meet up.

Fast forward to yesterday, we finally met.
I really didn't know what to say when I saw her coming down from her car. I felt quite starstruck. One of the first things she said to me was like "Ikaw pala si Trey. Ang bata mo pa."

Zeny is already based in Toronto, Canada. She's in the country for a quick visit. She told me she was thankful that I got to feature the sale in my little blog. I told her, "No, thank you!" I don't think I reiterated my thank you enough to let her know that I want to thank her for her contributions to crafting in the country. 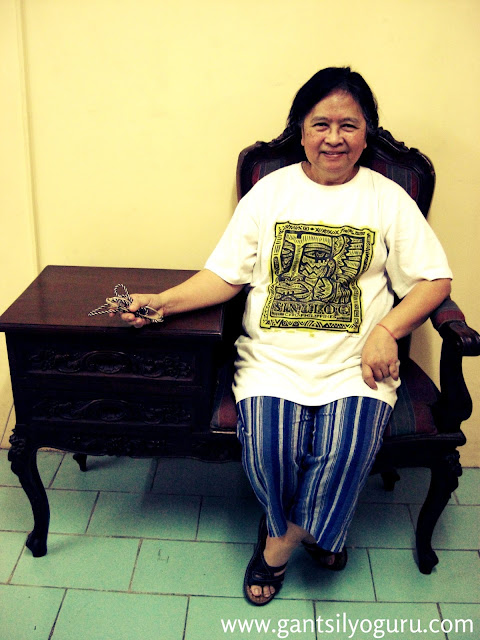 We had a quick chat about her store. Back in the 90s, there was this craft boom in the country. At that time, cross-stitch was the "thing." Students would flock to her stores to buy cross-stitch kits. Oh, those kits. They made crafting accessible and affordable. They assembled those kits themselves. They expanded later on to candle-making, soap-making, glass-etching, quilting, needlework, and so much more. They had workshops lined up and people signed up for them.

I "unearthed" 2 articles from 2001 from the Philippine Daily Inquirer featuring Craft World. I encourage you to click on the images so you can be directed to the material. They will make you appreciate Craft World even more.