Exactly a week ago, I got interviewed on live television at Solar News Channel's morning show, "Solar Daybreak." To be honest, I had the jitters before the show. This was live television (unlike the feature I did with Good News, which was recorded)!

I had to overcome my nerves because it was a great opportunity for me to talk about my passion - crochet! And of course, yarn!

Here are some "behind the scenes" pics.

Yes, I was crocheting while the producer was setting up. We held the shoot just behind Pino Resto Bar and Pi Breakfast and Pies along Malingap St. in Quezon City. Super thankful they allowed us to shoot there! The place is practically my second home for crochet since I hold some of my workshops just upstairs at Pipino Vegetarian. 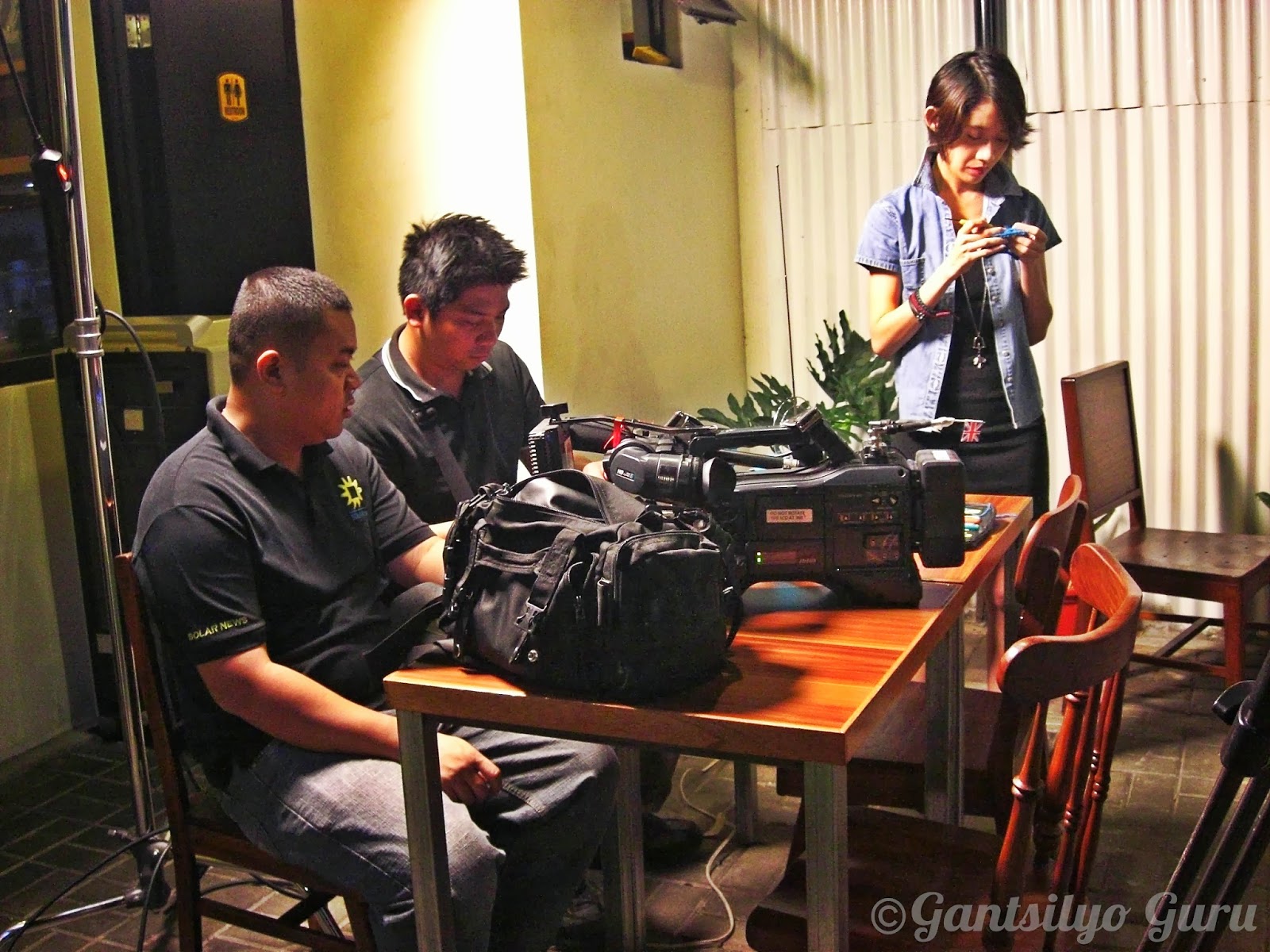 Getting some shots of me crocheting. I think I went too fast for the camera! I had some of my favorite projects in front of me and some of the yarn I offer in my online store. 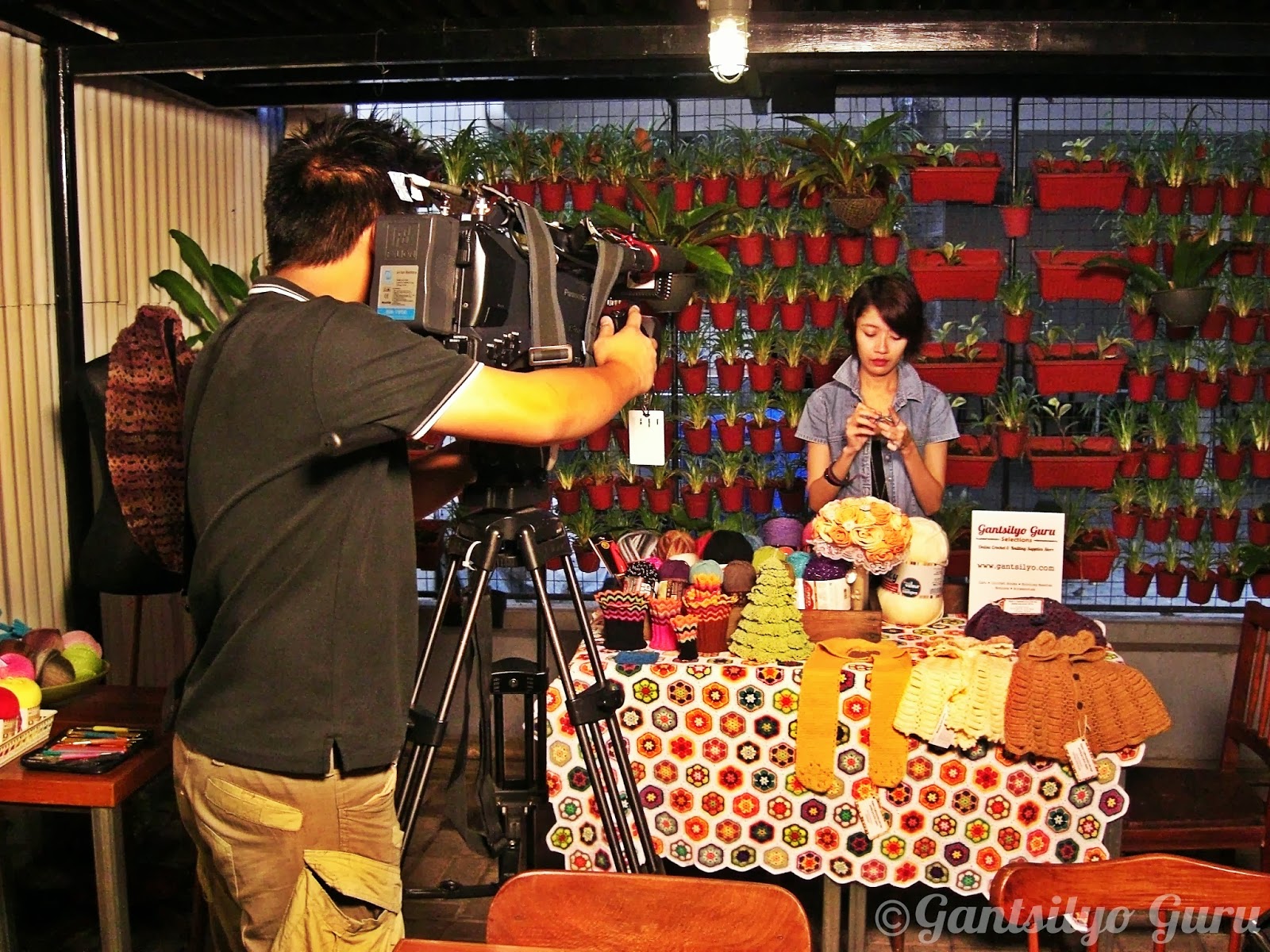 I was interviewed by Pia Bonalos. I was surprised to find out we were given around 10 minutes for the feature! That sounded pretty long for live airtime. Pia was very engaging. Even before the live interview, she made me feel at ease already because we started chatting about crochet and yarn. The live interview just felt like an extension of that conversation. 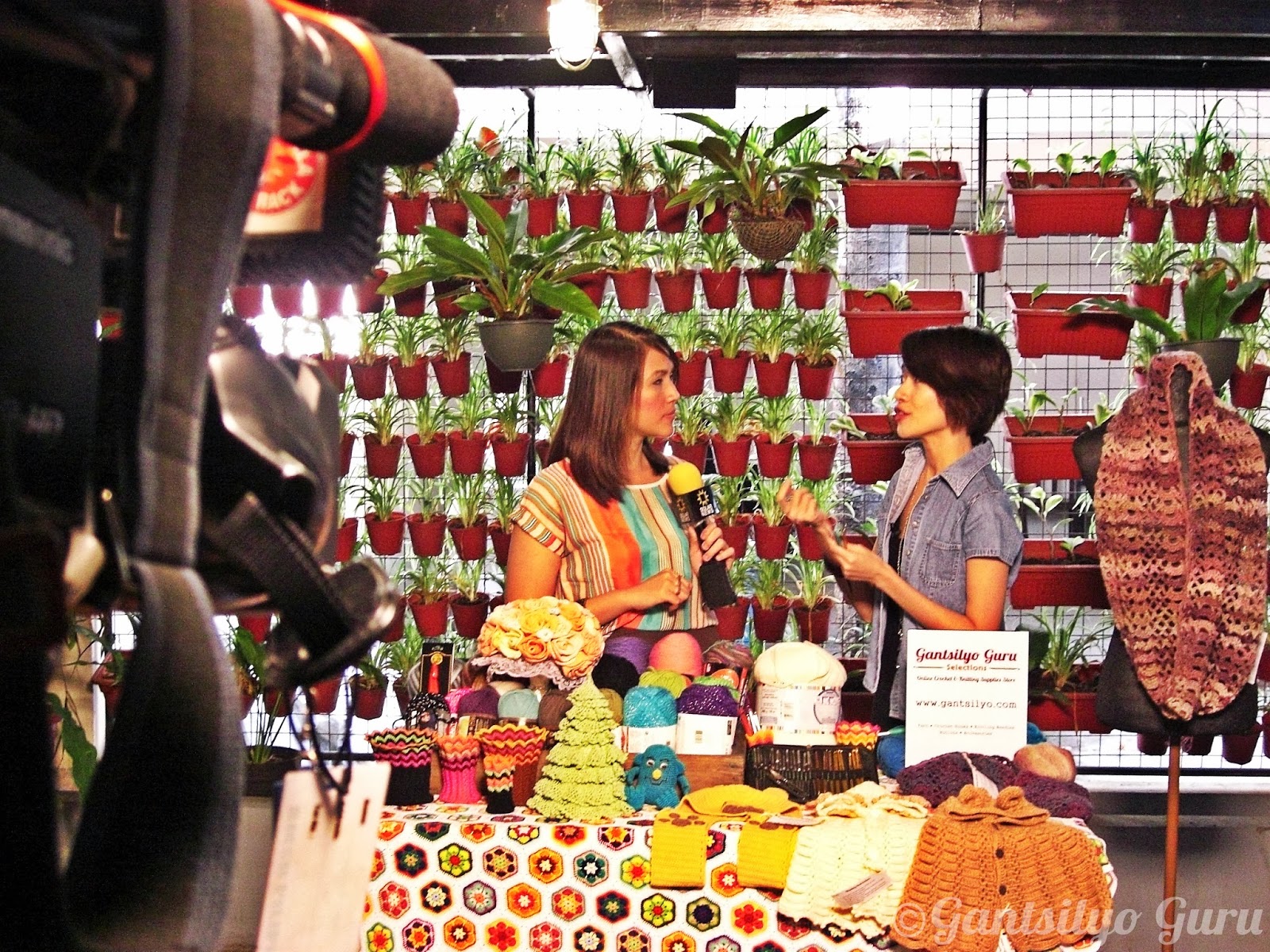 Thank you for this opportunity, Solar Daybreak!