It's not exactly like adult coloring, but it's super fun too! Crocheting a mandala is a great example of coloring with yarn. And believe me, it's not that hard! It's mostly made up of basic stitches. I had been putting off making a mandala because I was afraid it might take up a lot of my time and I might get overwhelmed by the color choices. Guess what, I finished mine in 5 days!

My first challenge was to find a pattern. I wasn't looking for the most complicated one out there. I was just after something that had many color layers which used simple stitches like single or double crochets. I scoured the internet for a free pattern and found, "Lucienne's Summer Mandala." I think it was the perfect pattern! 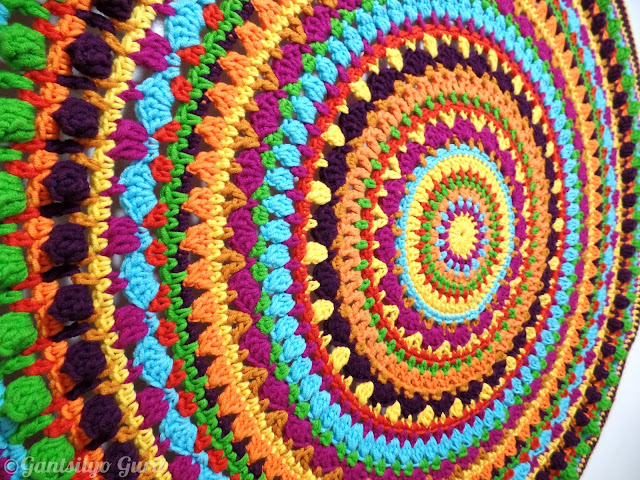 The pattern/tutorial is shown at Lucienne's blog in several parts. Click here for Part 1, Part 2, Part 3, and Part 4. Do take note that she is using UK abbreviations, so you might want to consider the following:

I used Gantsilyo Guru Milk Cotton Light yarn with a 4.0 mm crochet hook for my version of this mandala. It was an easy choice for me because the yarn is lightweight and I have many colors to choose from this line. The lightweight factor is a major consideration because the mandala will be hanged. The yarn also holds a good shape with some stretch because of its cotton and acrylic blend. I ended up with this palette of 8 colors: Fuchsia, Burnt Sienna, Spring Green, Terracotta, Tangerine, Sky Blue, Sunshine, and Plum. 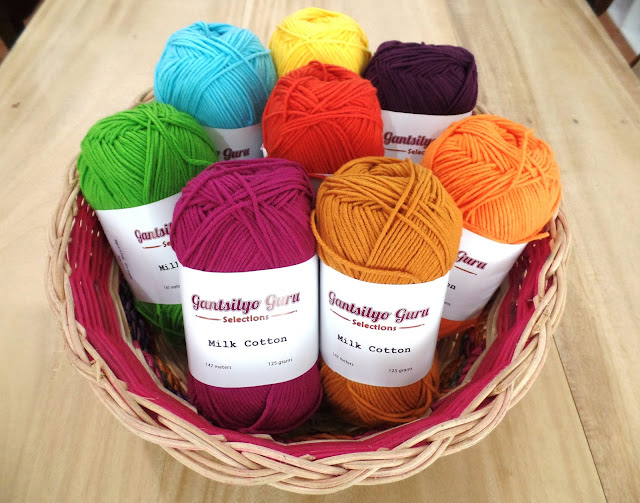 I had doubts about some of the colors in this set because they didn't seem to jive with the others, but they turned out pretty well in the mandala. I think mandala patterns make any color palette look good. They seem to make sense after the entire project is made.

The size of the mandala in the pattern was not enough for the wooden hoop on which I planned to mount it. I needed a mandala around 23.5 inches in diameter for the hoop, so I decided to add more rounds from Round 28.

It actually took me around 2 days to crochet the mandala and 3 days to attach it to the wooden hoop using single crochet. Attaching was so hard because I had to maneuver my hook around the hoop so it could get completely covered by the yarn. I'm pretty sure there's an easier way, but at least I was able to make the "harder" version. I'm happy with how it came out. I had some initial reservations though about the "imperfect" circle shape of the hoop, knowing that it would affect the shape of the mandala, but I guess "ignoring" in this case helps :p 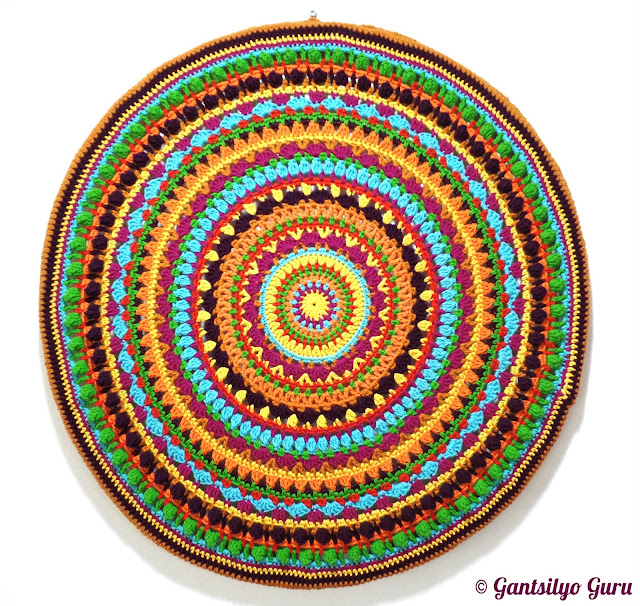 Not bad for my first mandala, eh? You can also check out other mandala patterns available online:

Click the link below to see the pattern for the additional rounds.

I hope this pattern helps, for now. I still have to find the time to make a tutorial with pictures :) Each round is made up of a different color. It is up to you how you want to attach the new color for the next round. In my case, I finished off each round and attached the new color with a slip stitch. I base where I will be attaching the new color on where the instruction of each round starts.

Sc around wooden hoop from Round 41. 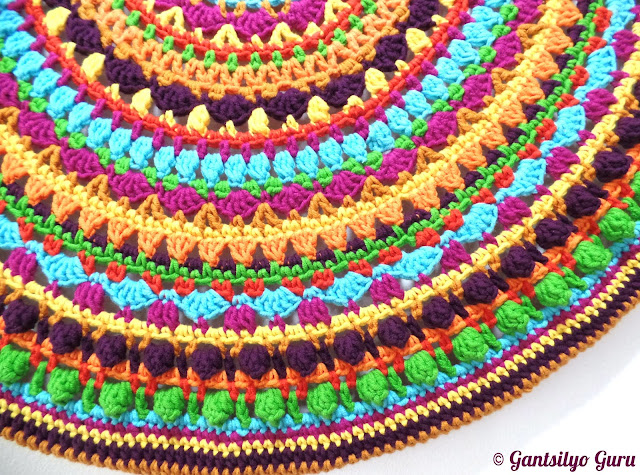